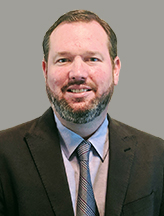 Mr. Blankenship is a highly experienced employment attorney that represented local businesses and national companies as lead employment counsel in working for a Statewide law firm for more than a decade. He then shifted his focus to assisting employees in the fight against these companies for their employment rights in a large Plaintiff’s firm. Now he brings this experience to you on an individual basis, with more personal contact, and at truly reasonable cost.

He is admitted to practice in the State of Texas, as well as in the United States District Courts for the Northern, Southern and Western Districts of Texas. Mr. Blankenship brings his experience of having overseen the Employment Law Section and cases for a Statewide defense firm to now assist workers and small businesses. Mr. Blankenship has worked with large public and private entities, in both corporate and insurance defense claims, as well as for individuals, with issues arising out of:

As of counsel for Kennard Law, Mr. Blankenship continues to engage in administrative proceedings and litigation, except now he fights for employees’ rights. In his prior practice, Mr. Blankenship has also provided services and engaged in litigation on personal injury, real estate, construction and other professional liability matters.

Mr. Blankenship earned a Bachelor of Science degree in Accounting from Trinity University and a Juris Doctorate from St. Mary’s University. He is a member of the Austin and San Antonio Bar Associations