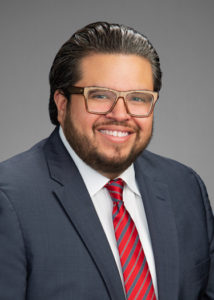 ALFONSO KENNARD, JR.,is a nationally recognized attorney and trial lawyer and the founding Shareholder of Kennard Law P.C.  He is Board Certified in Labor and Employment Law by the Texas Board of Legal Specialization, and spent nearly a decade in large national law firms before starting this Firm to help employees. Mr. Kennard services each of the Firm’s offices throughout the State and Washington D.C.

Mr. Kennard is a Past President of the Notre Dame Alumni Association in Houston and is also a Commissioner for the City of Houston Contract Compliance Commission as an appointee of Mayor Bill White. Mr. Kennard also serves on the Board of Directors for the St. Mary’s University School of Law Alumni Association and mentors business leaders at Stanford University’s LBAN program at the Graduate School of Business.

Mr. Kennard is fluent in Spanish and can assist clients accordingly.

In 2010, 2011, 2012, 2013, 2014, 2015, 2016 and 2017 Mr. Kennard was named a “Rising Star” in Texas Super Lawyers magazine.  In 2018, Mr. Kennard was named a Texas Super Lawyer.  Super Lawyers recognition is a Thomson Reuters service.  As a national employment law expert, Mr. Kennard is regularly invited to speak at conferences and seminars all over Texas and the United States on Employment Law matters, and is frequently asked to give interviews on television, radio and for national publications regarding employment law.